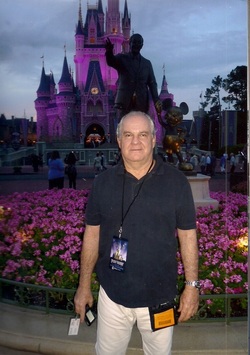 Intermoda Publicidade
Imprensa Nanica Produções Jornalísticas (since 1984)
Managing Partner
Administrative, sales and planning manager of the two companies. After nearly 1 decade of existence, the companies were absorbed operationally by Artplan Comunicação S.A. in 1992.

Jornal do Brasil S.A. (1978 – 1984)
Product manager and New Business Manager
Sales manager for Jornal do Brasil’s “Revista do Domingo” magazine between 1978 and 1982.  Relaunched the magazine, being responsible for its commercial, editorial and visual revamping. This effort was one of the highlights of the book “The 500 advertising professionals who changed advertising in Brazil,” published by Editora Referência/Meio&Mensagem in 1992. In 1982, was promoted to Sales Manager and subsequently Product Manager for Jornal do Brasil.

FLUMITUR (Currently TURISRIO) – CIA. DE TURISMO DO ESTADO DO RIO DE JANEIRO (1963 – 1966)
Manager of the Rio de Janeiro office
Began as administrative assistant, creating the first tourist maps of the State of Rio de Janeiro, with the current denominations (Blue Coast, Green Coast, etc.). Also was an active participant in the creation of the first locations  for the Campings do Brasil project (at the time there was the lack of hotels in the State of Rio de Janeiro), initially located on property belonging to FlumiTur, that today are part of the Camping Club do Brasil system.

Because it is absolutely impossible to list them all, not included are the innumerable participations in national and international Fairs, Workshops, Events, seminars and trips for lectures, conferences, etc., related to Tourism since 2006

Other activities, Awards and Honors:
- Automotive writer for IMPORTANTE a monthly magazine, Editora Edimaia S/A (1969/1971)
- Since 1978 figure continuously in all editions of "who is who" of "Brazilian Society" bi-annual book published by "Social Book" edited by Helena Gondin and Lourdes Catão.
- Radical sports writer for MOMENTOS a monthly magazine, Editora Rogério Ehrlich (1980/1982)
- Oscar da Moda – created, developed, sold and executed the “FASHION OSCAR” together with Jornal do Brasil (at the time the most important newspaper of Brazil), FAG Eventos Promocionais and Multifabril (subsequently called the “Prêmio  Multimoda”) in 1983 and 1985.

(PROPAGANDA and MARKETING magazines) as one of the most notable advertising professionals during the decade
-  Was the creator and first coordinator of the Grupo de Mídia (Media Group) of Rio de Janeiro (1972-1977);
- Degree as “Cobrão Profissional do Ano” (Top Professional) instituted by the PROPAGANDA magazine  for the years of 1975, 1976, 1977 and 1978
- Elected the Media of the Year by the ABP (Associação Brasileira de Propaganda) Brazilian Association of Advertising (1975)
- Cited in the “COBRÕES DA PROPAGANDA” (Top Advertising Pros) publication in 1991/1992, published  by Editora Referência as one of the 500 advertisers who made the history of advertising in Brazil
- Received the “Highlight of the Year” prize for Tourism awarded by the Brasil Travel  News Magazine.

Spearfishing:
- Participated since 1960 in practically all of the Spearfishing Tournaments organized by clubs in the State of Rio de Janeiro and the Spearfishing Federation of the State of Rio de Janeiro, having won a number of championships and being Carioca vice champion six times and overall champion twice;
- Elected “Athlete of the Year” by the Brazilian Underwater Fishing and Sports Confederation in 1982 for obtaining the highest number of spearfishing tournament wins and setting of individual records (received a diploma); 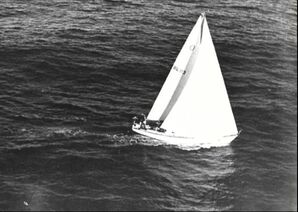 Auto Racing:
- Participated in speed races (Annex J Group 2) and Rallies at the beginning of the    1960s.